At Alpoholics we know that it’s our staff (the Alpoholics) that make us stand out from the rest. We also understand the power of a happy workforce and that’s why, unlike most chalet companies in our price range, we make sure we do everything we possibly can to look after them. This includes proper remuneration, high quality staff accommodation, a proper pension scheme, insurance and a whole host of other benefits facilitated by our wonderful sponsors. And we pay all of our taxes in France and the UK! Come stay with us and see for yourselves the superstars we’ve managed to employ as a result.

Charlie is The Alpoholic, founder of Alpoholics Chalets which is about to embark on its 10th winter season. Charlie has an upper second class (work hard play hard) Honours degree in Hospitality and Tourism Management and is a former British Universities Freestyle Snowboard Champion. He is also the founder of La Plagne’s premier mountain top apres-ski event so be sure to catch him in action at La Bergerie during your stay! 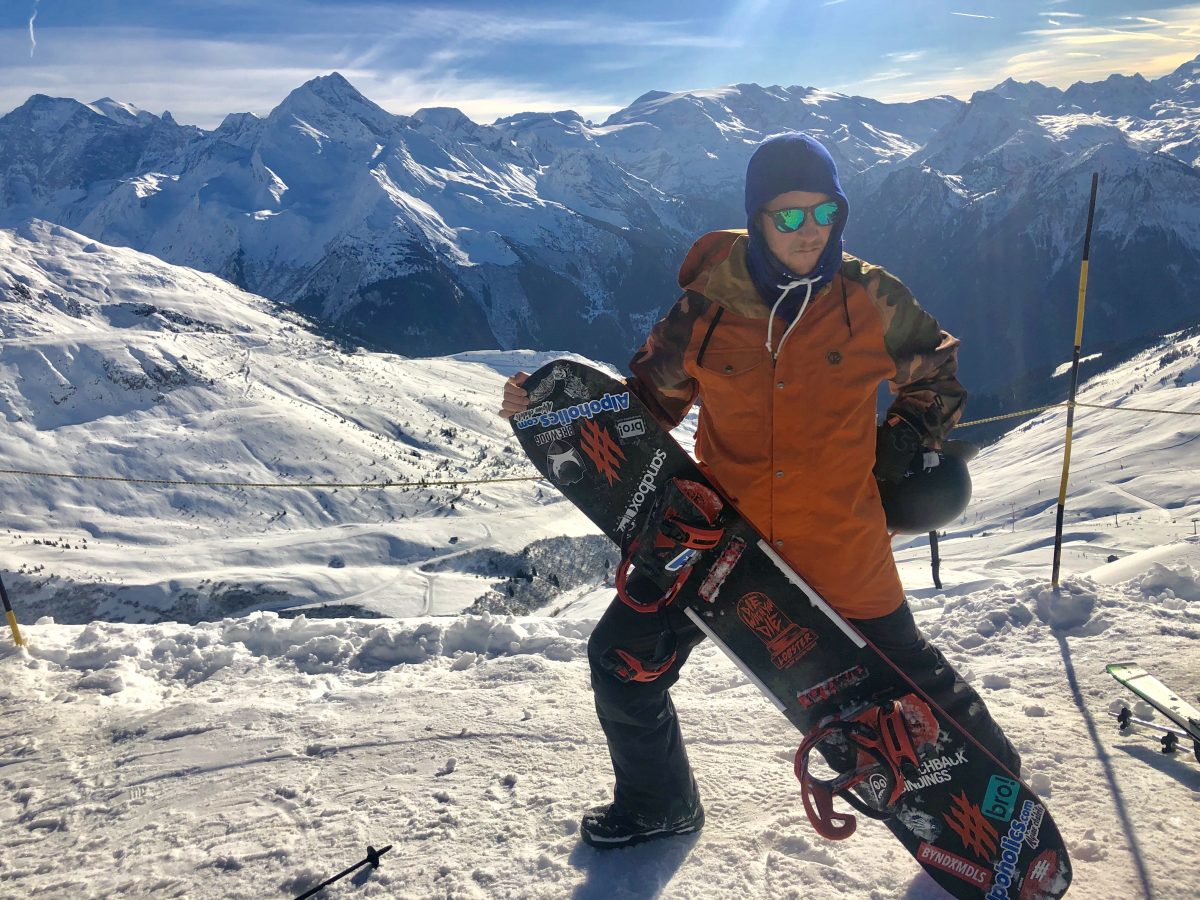 Jenny is back for winter 19/20 having now become Alpoholics first permanent employee!  After running Chalet Yogi single handedly to critical acclaim for it’s first two winters she stepped up into a well earned management role where she has continued to be ultra efficient with her admin duties whist still having plenty of time to devote to her guests and having fun!  Jenny has a First Class degree in Zoology and has previously worked at Woburn Safari Park, Birdworld and Africa Alive delivering public talks, safari tours and coordinating animal displays.

Age: 29
Winter Season: 6th
Hometown: Ipswich
Tripadvisor Mention: “Jenny (The chalet host) was incredible, we’ve had quite a few in our time and she was head and shoulders above.” 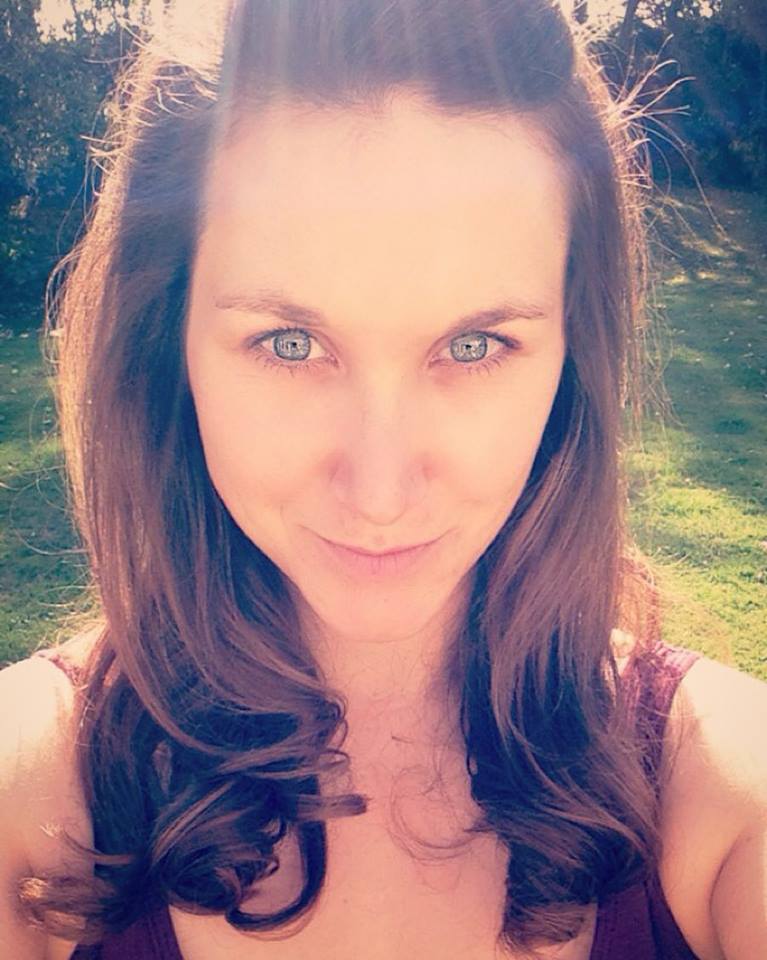 Jess is our energiser bunny manager and, having completed her 3rd winter in this role for Alpoholics, now has 5 seasons in La Plagne under her belt working in chalets of different shapes & sizes. Jess is super smiley and personable and nothing is ever too much trouble. She has excellent local knowledge of the resort and loves to pop into the chalets for a cup of tea and a chat with her guests. “I wanted to do a winter season at a young age through my love for the snow, a job where you board in your time off – perfect! I truly relish having the opportunity to help make people’s holidays as enjoyable as possible and have had the chance to take this up a level since joining Alpoholics.” 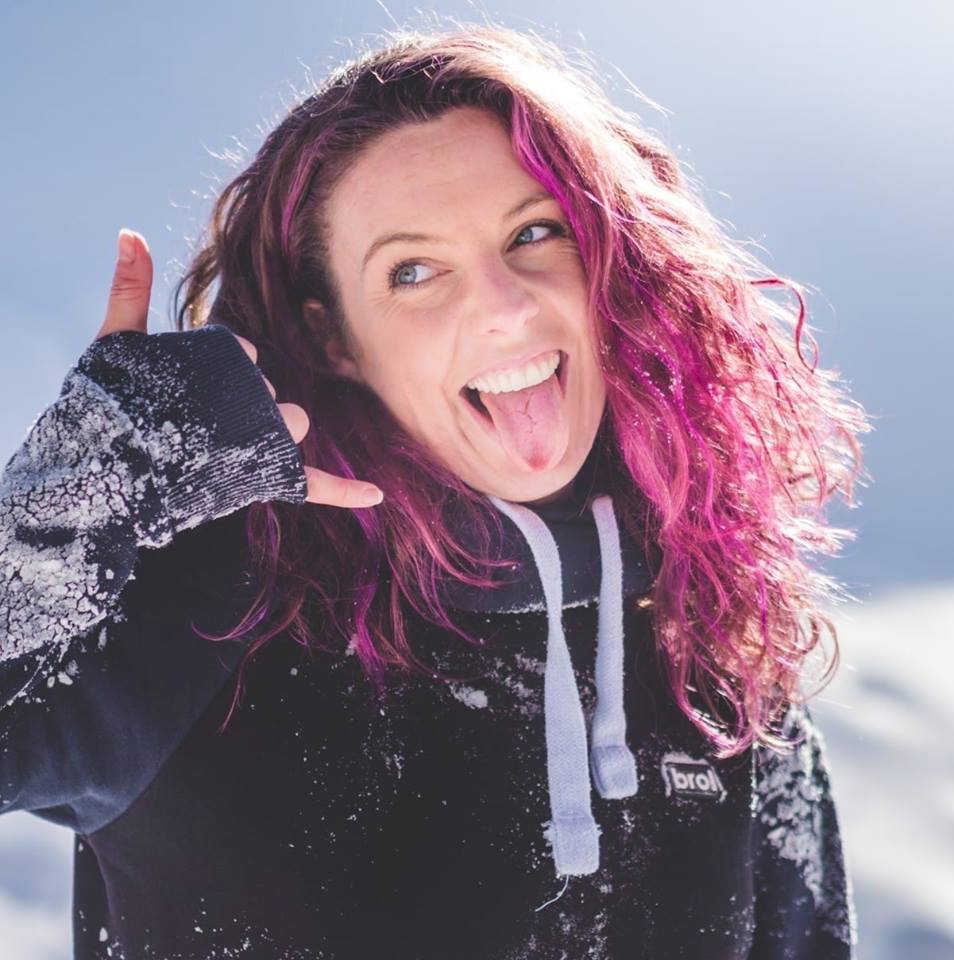 Ben had been managing the Snowsports Equipment Department of Nevis Range Ski Resort in sunny Scotland for a quite a few years before joining Alpoholics last season, he is more than qualified to take charge of our burgeoning demo and rental fleet. Ben is a gentle giant and a dream to deal with and we’re sure you’ll like him as much as we do! 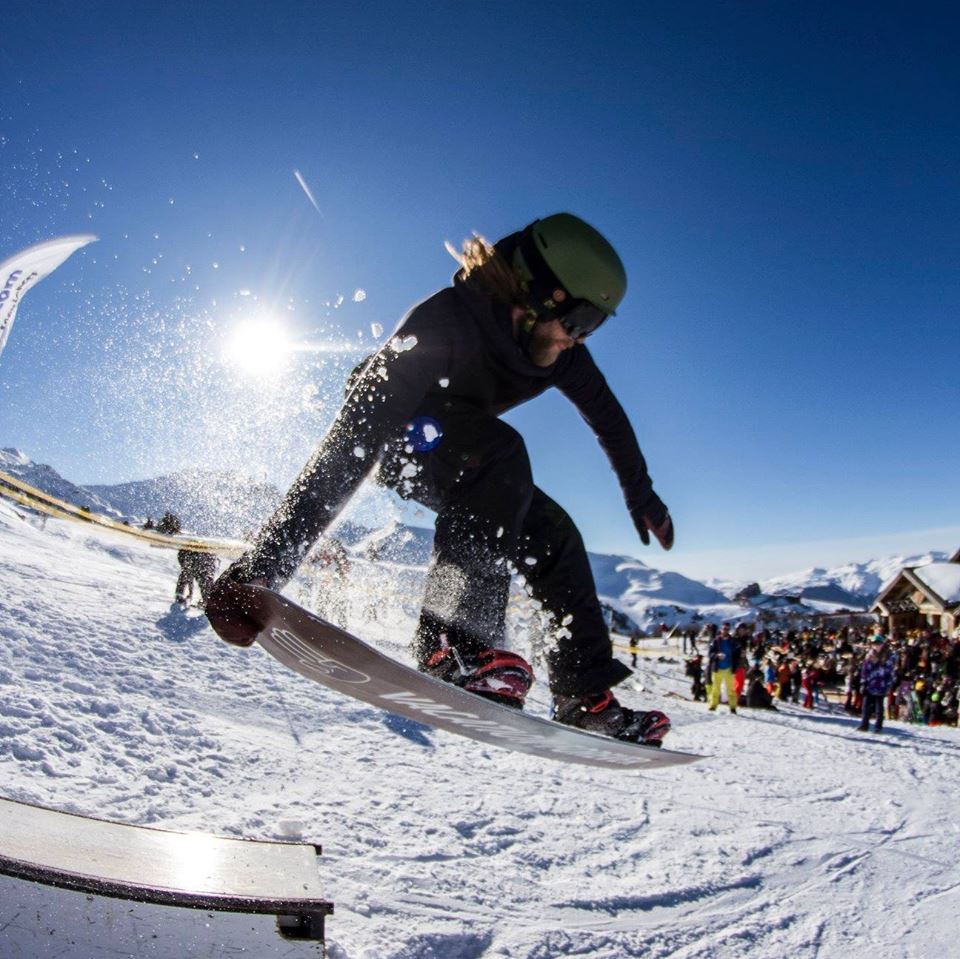 Those of you who were lucky enough to stay in Bassey last winter will know just how good these two are with the most common feedback being Rob’s next level 2AA Rosette culinary skills and Danielle’s rare ability to be all over her chalet without ever being in anyone’s face.  They are back in our luxury Mustang Chalet for 19/20!
Rob and Danielle managed an incredible 17 x 5 Star Tripadvisor reviews (out of 17 reviews) last season which says it all really.
They met met on Dannielle’s first season in Courchevel (Robs 6th) and have been doing winter seasons ever since! Rob has been a chef his whole life and has worked in and managed many restaurants and hotels, including a 2AA rosette hotel in his home town in South Devon. 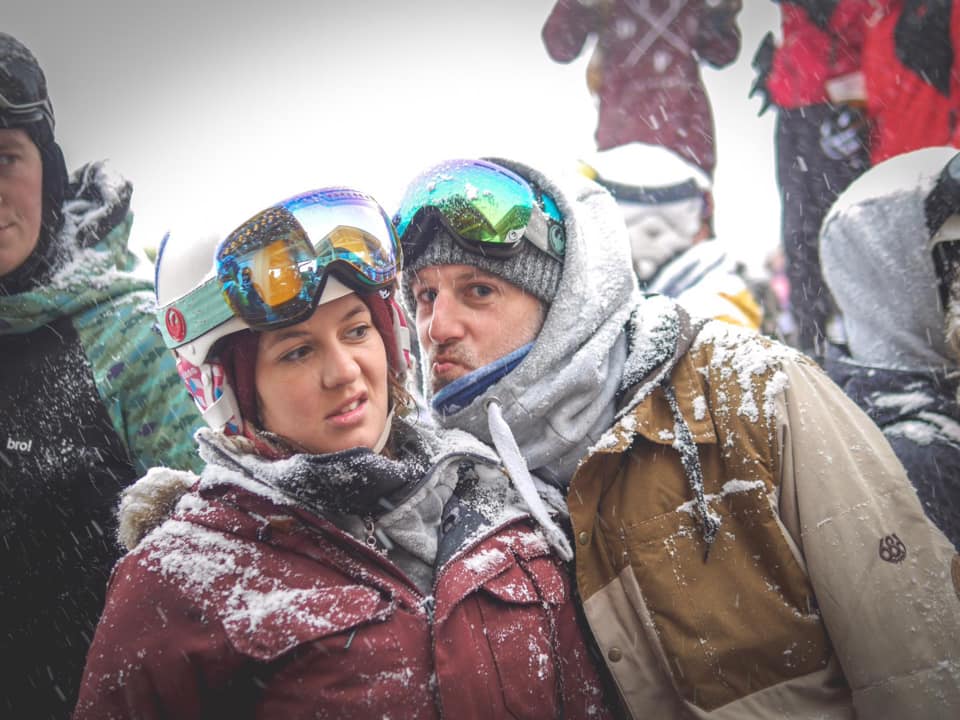 This winter marks Jenni’s sixth winter season as a chalet host, and her third consecutive winter in La Plagne with Alpoholics, having also worked in various other ski resorts! She balances her winter seasons with summer seasons Scuba Diving. Jenni is a passionate snowboarder and is looking forward to “just one more winter” in La Plagne!

Having worked many seasons in the Marketing Department of Nevis Range Ski Resort in Scotland, Sian is excited to finally be doing one in the Alps! She runs a very successful Airbnb property during the Summer and also previously hosted guests at a safari camp in Kenya. Sian loves meeting guests and she’s ready to take all her experience and apply it to provide the best service to our Alpoholics guests! 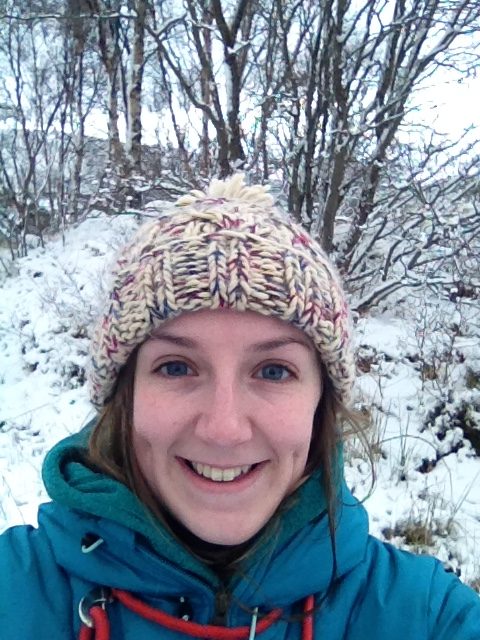 Having spent last Winter working in Peisey, Mat joins us in Plagne 1800 to be a little closer to the action!  He is spending this Autumn travelling South-East Asia but is ready to get back to his board and the snow!  And yes it’s not a typo, he really is Mat with just one T! 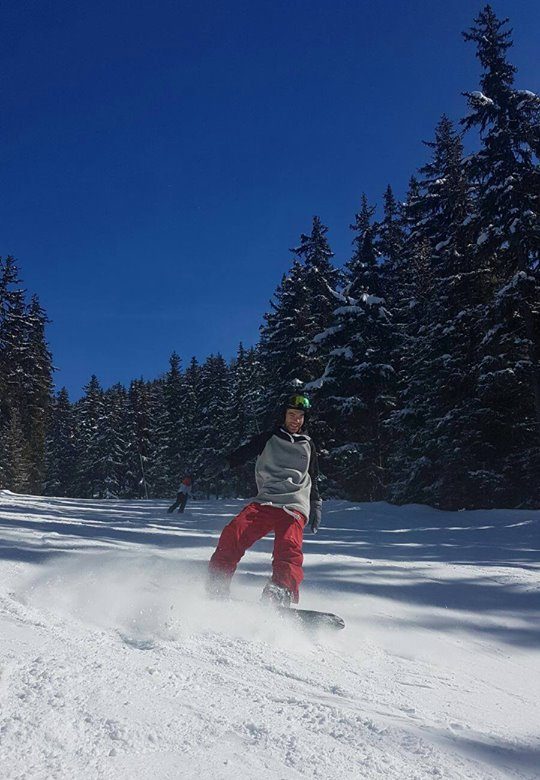 Ready to take on Chalet Orshanti for his 6th Winter season, Jack has a passion for the slopes and is a real food lover inside and outside the kitchen.  With over 10 years culinary experience from Greece, Spain & the French Alps his passion for cooking never runs dry! 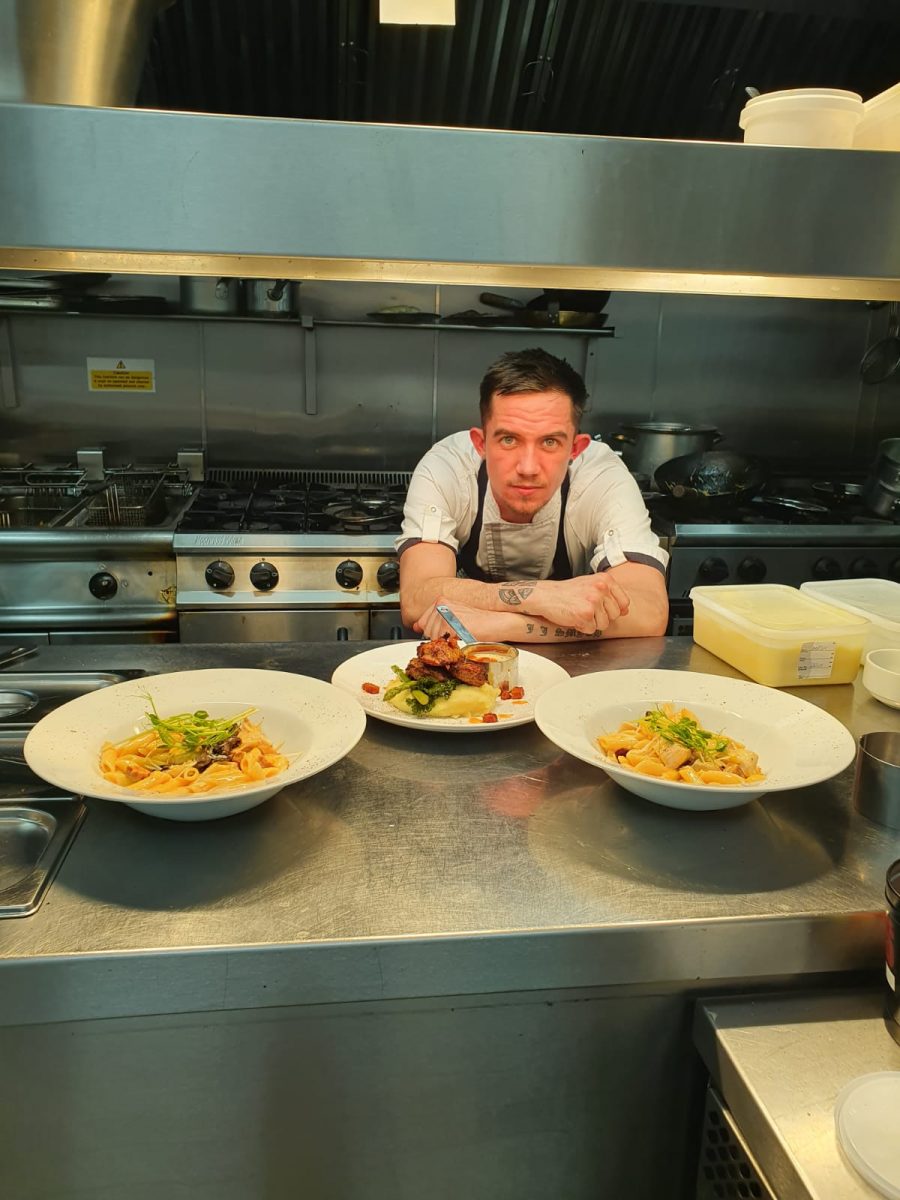 Chloe returns to La Plagne after spending a year away.  Having previously been a Resort Manager she is looking forward to being a Host this year and getting some extra well earned time out on the mountain to improve her snowboarding!  She’s worked at a variety of places in the past including Go Ape, Cocktail Bar’s and an Activity Centre!

La Plagne is like a second home to these two; they are very keen boarders & out on the slopes you’re likely to find them trying some new tricks or playing around in the fresh pow.

Kate loves beanies, drinking beers in the sun and any sport with a board beneath her feet. While Poppy spends her down time singing and tinkling away on her guitar. She loves dungarees, bluebird days & home cooking! 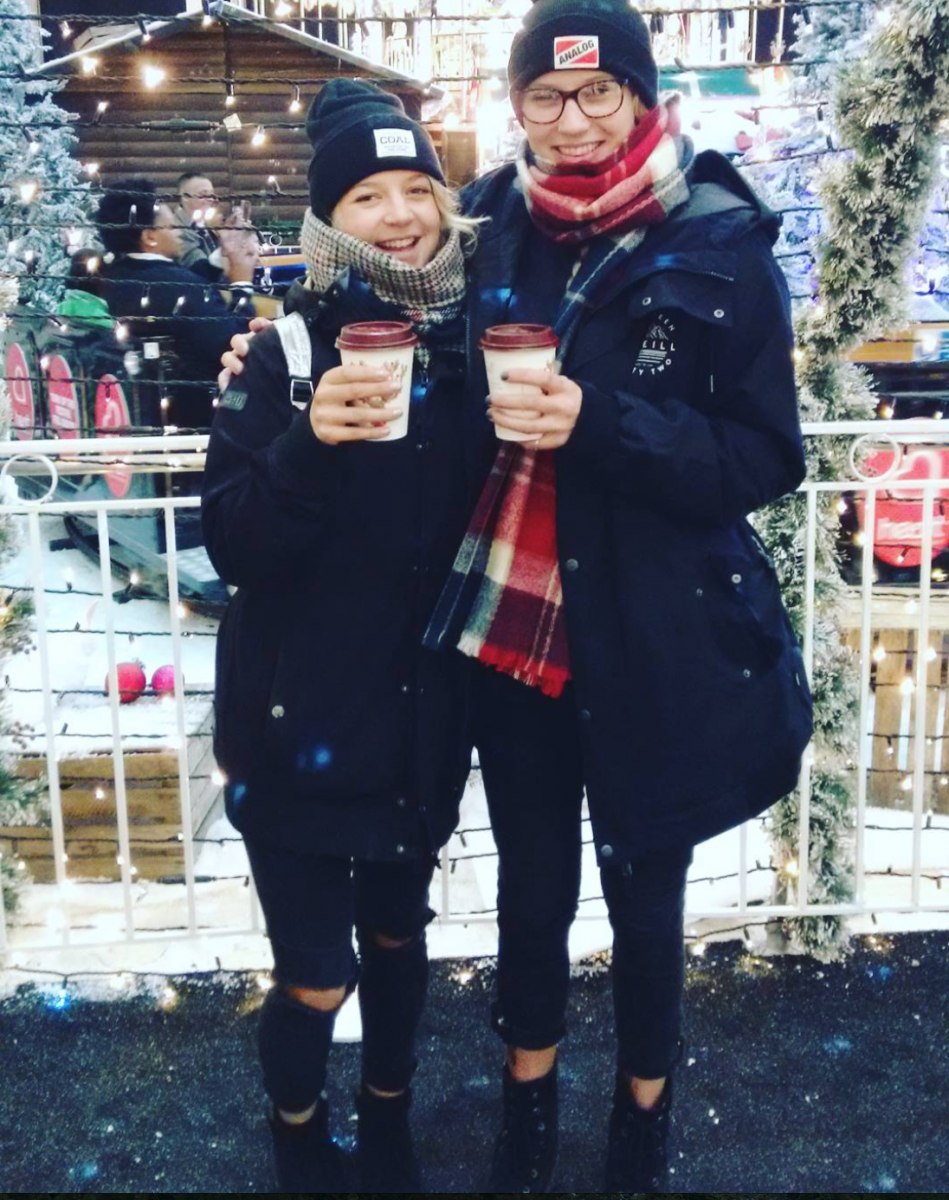 Darren has worked across the globe from various areas of the Uk to France to Greece!  He’s got over two decades of experience as a Chef, working in various hotels and resorts along the way.  With many seasons already under his belt you can look forward to experiencing what culinary delights he has hidden up his sleeve for this Winter! 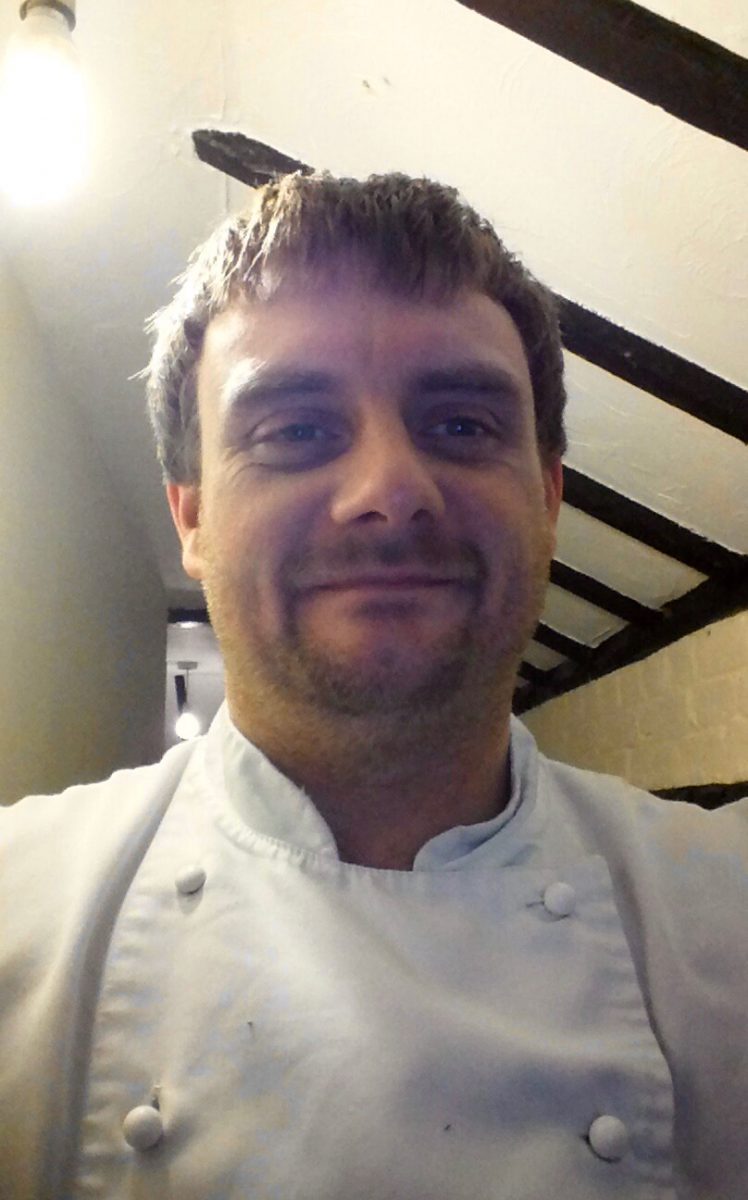 Having grown up on a small island in Scotland, Zach grew his love for all water sports, and has now turned to colder climates.  He’s worked across the country in restaurants for over 8 years and has a serious passion for British and French food.  This will be his 3rd ski season having previously worked in Montchavin and Les Deux Alpes, so he isn’t a stranger to La Plagne! 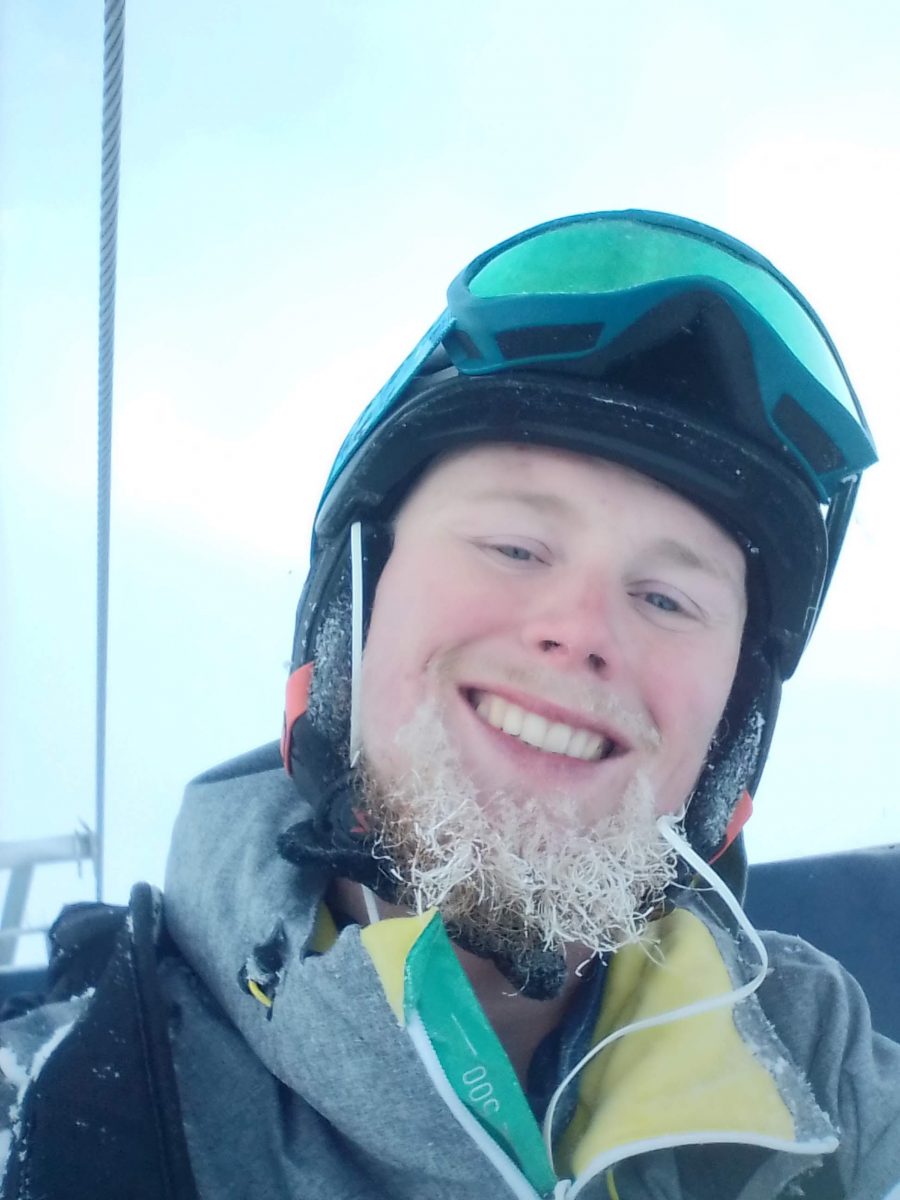