On & Off The Mountain Don’t Leave La Plagne Without Trying These Delicious Delicacies!

Originally from the Savoie region this dish is made with potatoes, reblochon cheese, bacon lardons and onions.  It’s a hearty filling dish that definitely delivers for the cheese fans out there.  Some of our chefs liked to indulge our guests with Tartiflette Tuesdays!  Served with a charcuterie board and all the salad trimmings you could ever desire it is guaranteed you won’t be disappointed!  Just make sure you leave room for dessert!

From the French ‘racler’ meaning to scrape; this cheese is usually served as a half wheel with a heating element causing it to melt so you can scrape it’s gooey gloriousness onto your plate!  Your cheese is usually accompanied by boiled potatoes, gherkins and a board of charcuterie.  If you’re staying in Chalet Yogi you are in luck as Le Grizzli, one of the top restaurants in La Plagne is a stone’s throw away and do excellent Raclette.  Tried and tested by staff and guests alike!

The name translates as ‘melted’ in French and that is exactly what you can expect.  A mouthwatering combination of several kinds of cheese including Beaufort, Gruyere, Reblochon and Comté.   Often you will get bread or meat to dip in until it’s all gone!  The real challenge here is to not drop any in.. 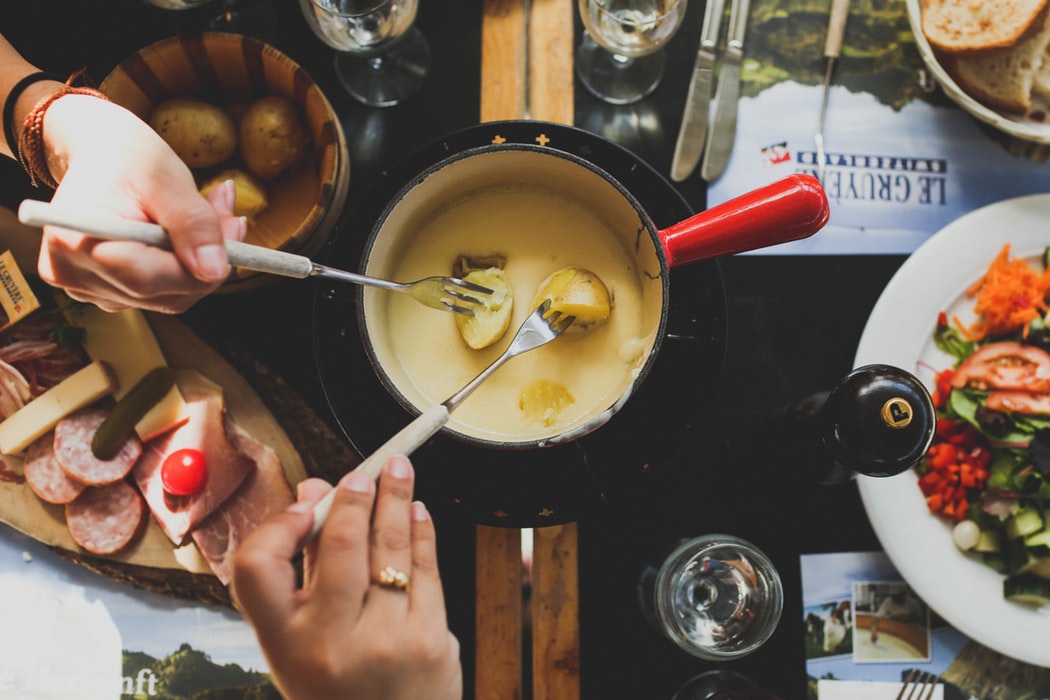 A gooey mouthwatering combination of cheeses

Comparable to a good old fashioned toastie but with a French twist this is a great quick choice on the mountain. Traditionally ham and Gruyere cheese is sandwiched between brioche like bread.  This is then covered in more cheese and either baked or fried resulting in a deliciously crusty top and soft middle.  Why not take a visit to La Bergerie restaurant above Plagne Centre and see what you think!  If you fancy something extra why not try a Croque Madame which comes with an egg on top.

Without fail at almost every restaurant stop on the mountain you will be met with the sight of fruit tarts behind a glass window.  Some places will even make you choose between strawberry, raspberry or blueberry.  These little tarts are great for all those with a sweet tooth, plus we all need that little something sweet to help cut through all the cheese.. 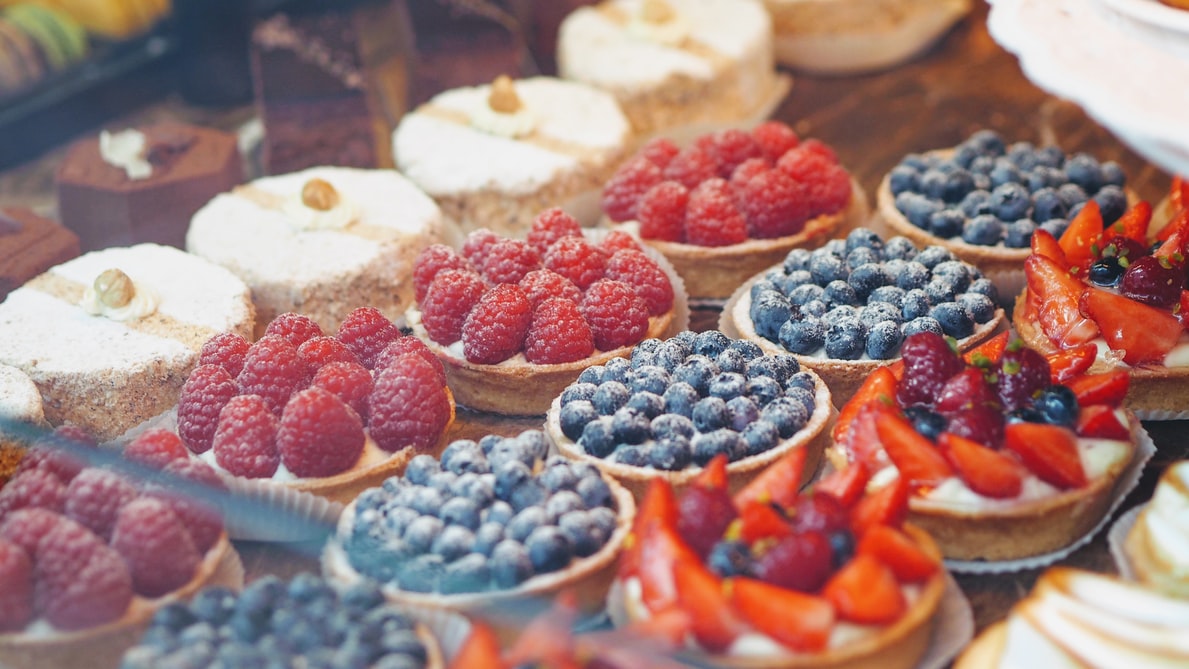 Although strictly not an edible delicacy we feel it would be rude not to mention it.  Genepi is a traditional herbal liqueur that gets its flavour from the flowering tops of aromatic plants (often Wormwood) steeped in vodka!  It is commonly had as a digestif after your meal and it’s not uncommon to see tables covered in shot glasses full of the green stuff.  The phrase once you’ve had one you’ve had them all does not apply here as you can find many variations of the liqueur throughout La Plagne.  Trust us..we’ve done the rounds..

Have you tried all six?  Got a favourite?  Check out what else our Chefs were up to in the kitchen last year here!

Back to All News

Come And Enjoy The Delights Of The Alpoholics Experience With Us!